Should we eat less salt? 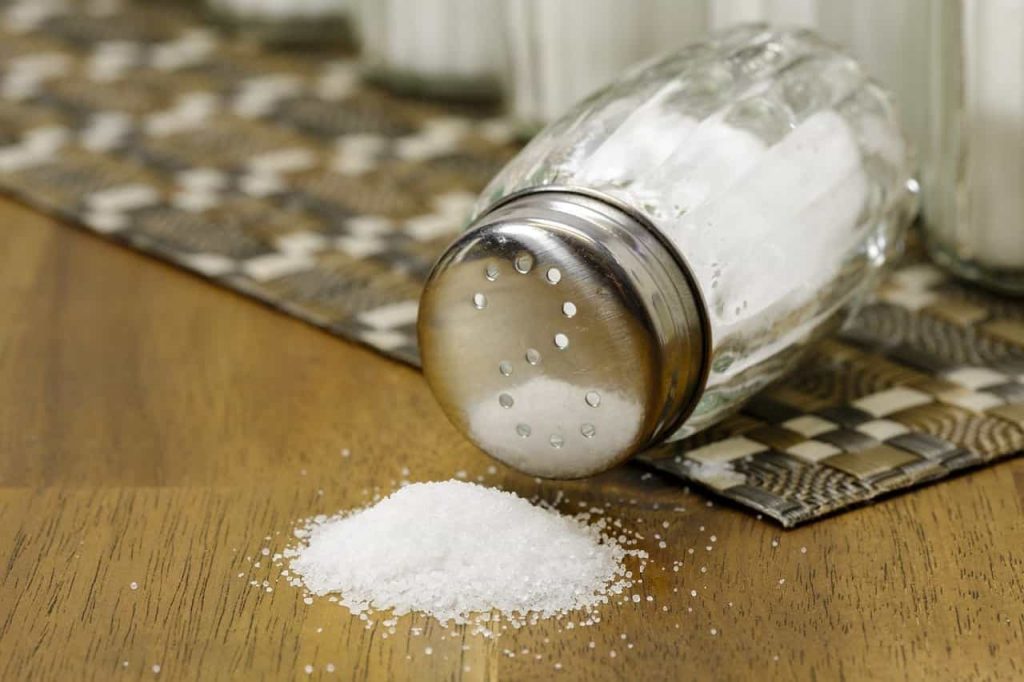 There are actually several salts, rather than just the one we usually think of – but it’s the everyday table salt variety of sodium chloride (and its trendy upmarket versions) that is of concern.

It’s present not just in the salt shaker, but in most of the foods we eat, either naturally (usually in small amounts) but more often in food preparation and cooking, especially in manufactured foods.

Salt is essential for maintaining a normal balance of body fluids such as blood and tissue fluid, maintaining the correct acidity of the fluids, regulating how fluids move in and out of the body cells, helping transmit the electrical impulses used by nerves and brain cells, and helping muscles expand and contract.

But, like so many other chemicals used by the body, a balance is needed. Too little salt and we feel weak and tired, thirsty, have muscle cramps, bouts of diarrhoea and vomiting, and may develop high blood pressure. Much of this is caused by the blood becoming either too acidic or too alkaline.

The effects of too much salt are not as dramatic in the short-term, especially as our bodies adapt to having a high salt diet, to the point where unsalted food tastes bland.

Assuming all is well and healthy, the kidneys regulate the amount of salt, and in particular the level of sodium in the body. Too much salt and the sodium is passed out in the urine, usually with increased amounts of urine; too little, and the kidneys and sweat glands store sodium and water. 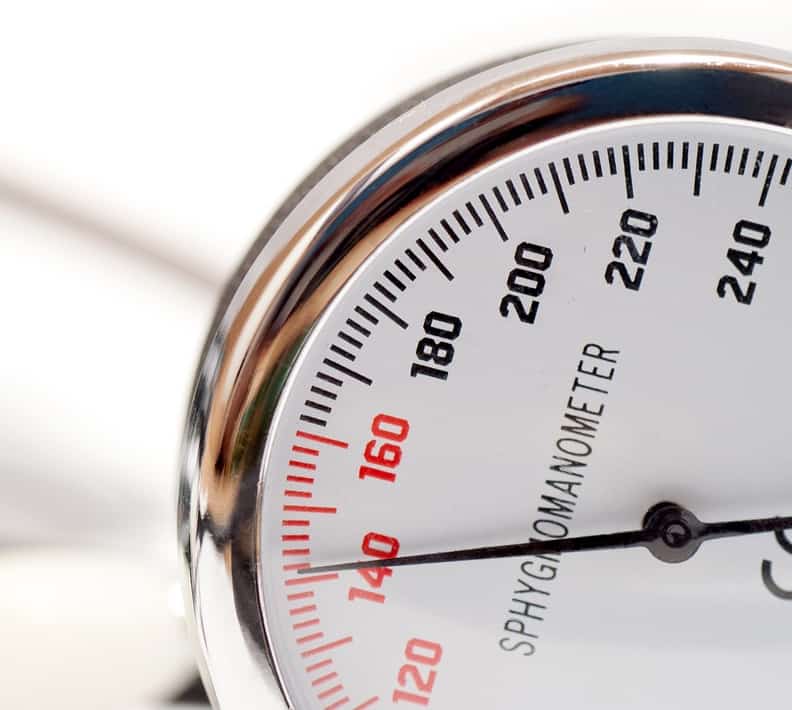 However, if the kidneys cannot properly excrete the excess sodium, it builds up in the body and causes water to also be retained. This extra volume of water in the blood raises blood pressure, stiffens the blood vessel walls, and puts the heart under strain.

It’s not entirely clear if excess sodium actually causes these kidney issues, but evidence suggests it is at least a contributor to kidney and heart problems.

It’s likely that, like many aspects of dietary health, it’s a combination of factors, including stress, obesity, high sugar and fat intake, as well as salt intake, that are the triggers for high blood pressure – hypertension.

Some people are naturally sensitive to salt and their blood pressure rises and falls dramatically depending on intake.

Once hypertension becomes established, lowering salt intake can be critical for health. Unfortunately high blood pressure can go undetected for years if you don’t have regular medical checkups, silently causing damage that can suddenly cause a catastrophic event such as a stroke.

Salt is everywhere in the modern Australian diet. 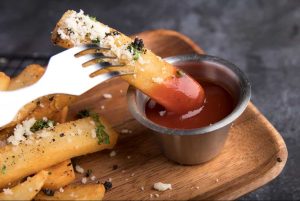 Certainly, salt adds taste to food, by reducing bitterness and amplifying subtle flavours. As any chef worth their celebrity status will tell you, adding a pinch of salt to just about anything makes it taste better.

Food manufacturers are well aware of the benefits of adding salt. Adding salt to most prepared foods is routinely done to improve flavour, and salt is utilised in commercially-processed or preserved foods such as those pickled in brine, cured in salt or dried using salt and other derivatives.

As a result, most of us have tastes adapted to high levels of salt, to the point where in many cases salt is the overriding flavour in food. In the case of fast foods, this saltiness is often accompanied by high levels of sugar, a double assault on our taste buds that can prove quite addictive.

Reducing the amount of salt we eat takes some willpower and careful food selection.

An easy first step is not to add salt during cooking, then add progressively smaller amounts at the table until your taste adapts to the more subtle taste of the food.

A "pinch of salt" should be just that, but more often than not a pinch quickly grows to a fistful.

Go easy with the salt shaker!

Become aware of which foods are very salty, and slowly reduce the amounts of them you eat. Foods such as bacon, ham, anchovies and processed meat such as salami are all high in salt, with soy sauce providing an extremely potent dosage.

That Australian icon - Vegemite - is a source of vitamins, but also is very salty, so should be spread with restraint. 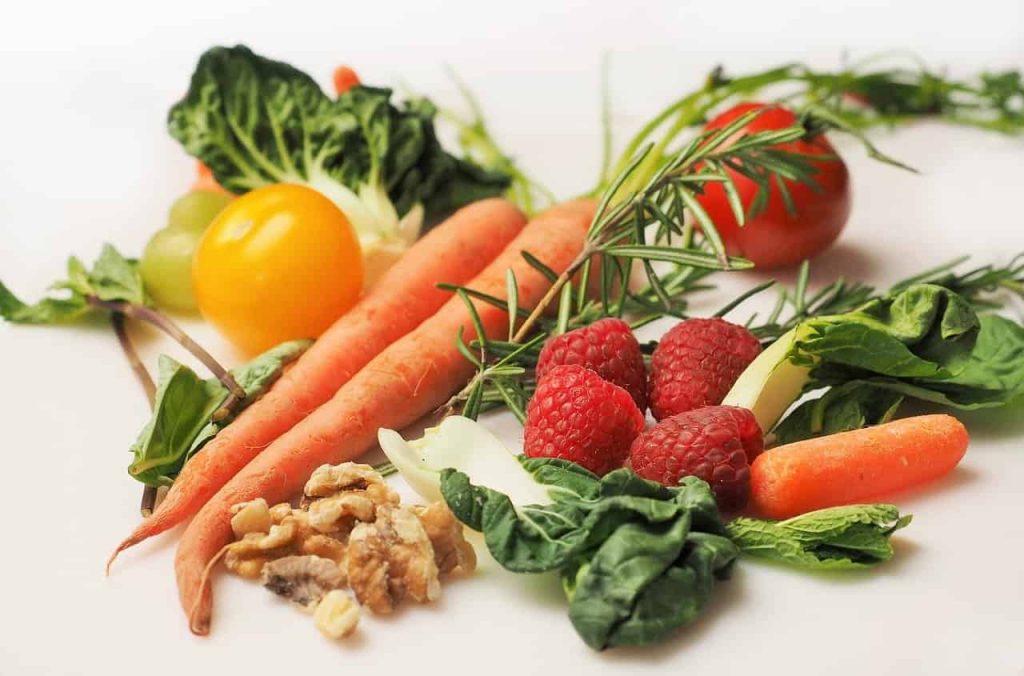 Vegetables, fruits and legumes such as beans and lentils are low in salt, while meats can vary in content, poultry generally being the lowest salt content, but beef and pork also have relatively low levels.

When choosing salt, look for the labels with iodine added – Australian soils don’t have much iodine content, but iodine is essential for proper thyroid function to help regulate energy use and growth. Iodine is only required in very small amounts, and even with reduced salt intake, using an iodised salt will supply your thyroid’s needs. Luckily, most salt added to prepared foods is iodised.

Despite the claims sometimes made that sea salt and some specialty salts are “healthier” there is really little difference, except that if you choose a salt with large, clumpy grains you will usually use a little less compared to the usual fine-grained table salt. The difference in taste with speciality salts is due to other minerals mixed in with the salt crystals, not the salt itself.

Alternatives to salt can be used to boost flavours if you feel that food is now too bland.

Fresh herbs, pepper and spices contribute flavour, minimise the need for salt and complement foods with flavours such as garlic, lemon, lime and other flavourings.

All will contribute flavour without salt.

Eating out presents more of a challenge.

Most cafe and restaurant food has quite generous amounts of salt added in cooking. Fast food is invariably salty, pizzas especially so, and there’s the inevitable heavy dusting of salt on fish and chips unless you specifically ask for no salt.

Otherwise healthy snacks such as nuts are often packed with a lot of salt; luckily it’s possible to buy unsalted versions.

Reducing your salt intake is a wise precaution, even if you currently do not have conditions such as hypertension.

You don’t have to eliminate salt completely (almost impossible anyway) but retraining your taste to accept and enjoy food without loads of added salt is a very worthwhile health prevention measure.

Natalia Knezevic is a dietitian and nutritionist practicing in Orange, New South Wales, with over 22 years experience supporting patients with weight- and diet-related conditions.

Do you have to cut carbs?